“So you’re not wearing the undies I gave you.”

The spiritual successor to Amagami SS hit the screens this past winter season bringing with it a new MC (Kamita Shouichi) and a bunch of new girls. Like its predecessor, Seiren (meaning honest) follows the omnibus format, where Shouichi falls in love with a different girl every 4 episode, as the essential “route” or time resets back to the beginning at the end.

Choosing to maintain the omnibus format was a pretty great decision. This allows for different stories to be told, allowing for different results and journey’s. With each of the heroines having their own unique personality, you could really tell the difference in how each set of stories played out and the different dynamics between Shouichi and the heroine. In having this format, it really does place and emphasis on the personalities of the characters and it was nice too see how everything culminated together with their actions and their dialogue.

Being set in a high school also made it set a long a path fitting for a bit of comedy, drama and romance together. This also was a benefit as it gave a nostalgic feel those who have watched Amagami SS as the uniforms and some of the characters remain the same. Its routes reflected high school quite well with both its quirky and awkward moments that exist in those teen years. It’s animation also continued its consistency from its predecessor as well which was an added bonus. 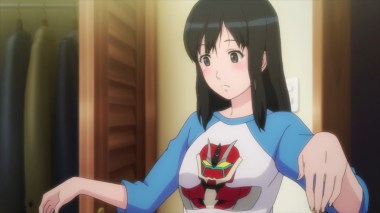 OP/ED: The OP and EDs are kept quite light and fluffy. With a consistent OP throughout the whole season, it provided animations in which was well suited for the anime, focusing on the heroines within the season. It was also nice too see how the animations slightly change depending on which route was currently airing. When it came to the EDs, they changed when the route change, being specific to each girl. The pace, tone and overall animations reflected each of the girls personality which was a great choice.

Seiren Was it Good?

Personally, I’ve always enjoyed the omnibus format (more points from me), it allows for different stories to be told and Seiren does it well. With routes that were quite varying from each other, it all culminated together to provide 3 successful stories where the the MC falls for the heroine and the results from it. It’s romance, drama and comedy features portray high-school life to a realistic tone, and it was nice too see the whole season play out. With what looks like more heroines in the OP, it seems like their will be another season for another 3 girls, so here’s hoping! 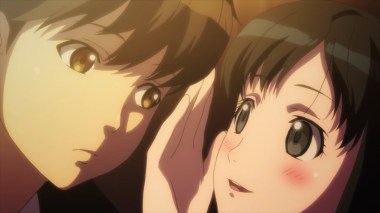 Recommendations: At its heart Seiren is a romantic comedy, but one that is more pure and honest. It highlights experiences that can be related to in highschool and its choice of an omnibus format allows it to have variety and explore different pathways. There are a bunch of different anime out there that are similar in their execution, thus I recommend the following:

One thought on ““Spiritual Successor” Seiren Review and Recommendations”