“You won’t know if you can do something or not until you try.”

Based off the Strike Witches franchise, Brave Witches tells the story of the 502nd Joint Fighter Wing in the war against the Neuroi in Eastern Europe. With Karibuchi Hikari playing the main character as she moves from the academy too the front line, prematurely to replace her sister who got injured in action. 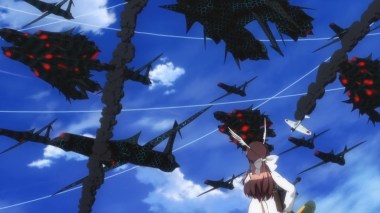 The whole story of Brave Witches fit quite well together with Hikari being the focus. It’s one of those tales from which a newbie is introduced, not up to par and has to train to become stronger in order to mix in within the already existing cohort in order to complete missions. It was nice too see this progressively develop as she meshed well with most of the cast and her ability to affect others development positively provided a nice boost towards the whole “war” situation. 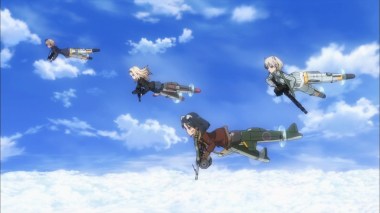 Most of the time, it can be considered light-hearted as the witches use magic to protect themselves and most injuries come off as bumps and bruises. With all this in hand, it is important to note the comedy within the story plays the role its suppose to in keeping the atmosphere more upbeat. When, it came to actual battle however, it was nice too actually see the use of 3D CG animation, whether it be when the girls are flying or when actually engaged in battle and fighting the Neuroi, it added a lot of variety in what could be done and shown. 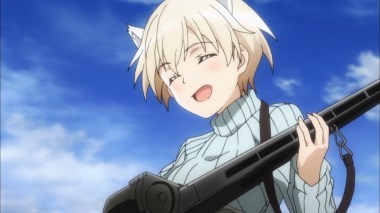 OP/ED: For an upbeat show, came both with an upbeat OP and ED. With a focus in keeping a poppy based tune for the OP and a more rock based ED, it provided for great variety in its musical output. The animations on the other hand were quite similar, with a focus on the 502nd Joint Fighter Wing and them soaring through the skies. 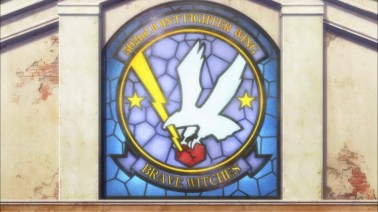 Brave Witches Was it Good?

Brave Witches does it job in being faithful to the Strike Witches franchise. It comes up to be a good bundle of action, comedy and fan service here and there. With everything that happens in the story, it provides to be a good watch of a journey of a character becoming better and growing. That being combined with some nice 3D CG animations allowed for a nice little spin off. 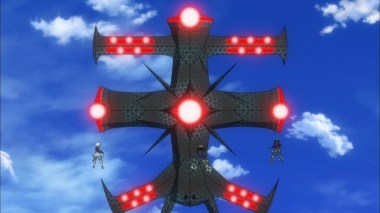 Recommendations: With a more lighthearted tale towards battling, war and fighting, Brave Witches comes jammed packed with action. It does hold its own in its comedy and with a bit of fan service, offers something that does well in most of those genres and those similar to it, thus I recommend the following:

One thought on ““I’ll Punch It!” Brave Witches Review and Recommendations”