“My landlord is so cute!”

Previously advertised at the end of Komori-san wa  Kotowarenai comes another anime short, Ooyasan wa Shishunki! This short like many others focuses on around the comedic routine in the daily lives of Satonaka Chie (landlord), Shirai Reiko (tenant) and Maeda (tenant). The three go through their daily lives, whilst returning home to the same building in which they share their experiences, as well as help out Chie, their middle school landlord.

With everything that comes with shorts, the episodes a quite focused on one specific thing. Whether it be Chie’s lack of friends or the fact that she didn’t have any other clothes than a middle school uniform, the whole season was quite heartwarming to see as the tenants (which were older and had jobs) helped Chie (despite being their landlord) and her issues in middle school. It gives off that parenting vibe, where taking care of another person creates happiness not just in the one helping but the relationship as a whole. 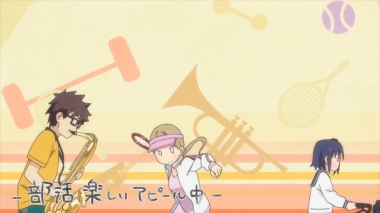 The animations are quite soft, and it does a good job in reflecting the slice of life elements within the show. The daily lives for the characters appear to be not as dramatic as others, but when they come together, the little slice of life drama in which they have is pretty fun to watch. There are many “cute” moments within the entire series, which were generally set up very well, it does contain some aspects of “moe” but doesn’t become an entire “moe blob”, it knows its borders and keeps to them pretty well. 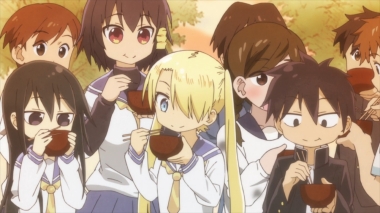 OP/ED: Being a short in only came with an OP. The OP was more on the “cute” side, using the same soft animations as within the anime. It suited the anime well with lighthearted tones and upbeat singing and lyrics.

Ooyasan wa Shishunki! Was it Good?

With the whole series being practically watchable within 30 minutes, it does a very good job in getting its points across in a limited point of time. It’s one of those happy shows, which builds upon already existing positive feelings for the watcher or turns that frown upside down. It’s characters are the main culprits of this and the relationship between them is just nice to watch. 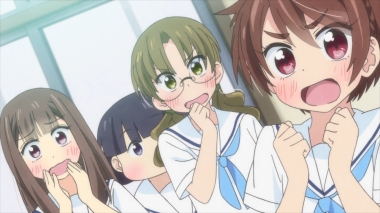 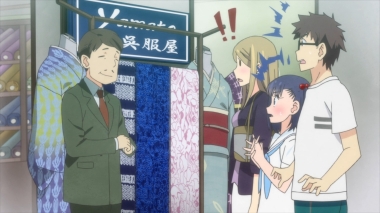 Recommendations: For an anime that provides mostly a positive atmosphere and vibe whilst having some comedic moments, it can be compared to a lot of shorts. There are also a variety of anime which similarly use its softer tones for a lighthearted show, thus I recommend the following: